Take 2 of the best things from the 70s and add them together and whaddya get...

Origin of the Cool

Do you know what's cool?

(Don't knock yourself out here folks, because you know I'm going to give it away...)

When idiots make themselves look like idiots in public? No, that's just fuckin funny. But when idiots actually _try_ to be dickheads, and instead fail and do something awesome? Now that's cool.

Ray Comfort is an evangelical christian who fights the "good fight" against evolution, by pointing out that God designed us (well, us guys anyways) to all masturbate ferociously. No seriously; go back and watch the video in that link above. If I could make shite this funny up I'd have my own show on late-night TV. But I guess Ray was a little worried that he wasn't reaching enough of the young folks with his U-Tube-for-God banana bonanza, so he decided to stage a little stunt where he publishes a copy of Darwin's Origin of the Species, adds like 50 pages of creationist propaganda to the front, and hands them out for free at universities across the US.

Yep. Ray Comfort is so confident, that he's put 50 pages worth of mindless rant against thinking on the front of the towering achievement of 19th century science, and he actually expects to come out on top.

That is SO cool.

When I first heard about this I thought they were handing out some sort of critique, or parody. But no, supposedly the complete unedited Origin of the Species, handed out for free to uni students, and he's doing this to _further_ the cause of creationism. On purpose. Without having been tricked into it. Or bribed to join the other side*. (*that I know of.)

In the Special Note to his introduction, Comfort quotes Evelyn Beatrice Hall (without attribution; one can only assume he doesn't approve of women who can think) "I disapprove of what you say, but I will defend to the death your right to say it." Well Ray, I'll defend your right to make my case any time. I won't even disapprove.
Posted by anti ob at 1:59 pm No comments:

Costumers, look this way. Also people who like zombies.

This is an extremely good use of the internet: find horrendously bad stuff that people make and then make fun of it.

From the same parent site is this drawing of a chipmunk eating a mouse that took my fancy because the accompanying description was surely written by Coz.

The site owner's comments are perfect for example, 'a miniature fairy toilet with frog' (and dunny roll on a tree) ellicted:
"Oh, good. Somebody finally managed to combine two of the biggest obsessions in crafting: mythical creatures and bodily functions. Now if they would just make mermaid tampons, we could all go home."
Posted by harry at 9:44 am No comments: 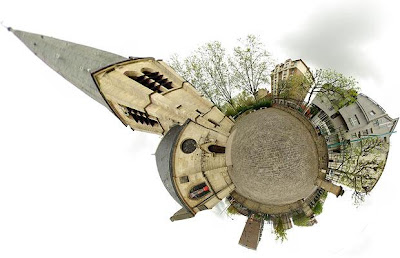 Simply too cute.
Posted by harry at 10:20 pm No comments:

it's in your own interest...

if you love The Pink Drink(tm), we have to find a regular supply of Raspberry syrup or cordial. some of you may have noticed that today's effort wasn't quite as fully PINK as usual - I'm eking out the last of my supply.

I'm talking about the real deal, not just the radioactively bright stuff that makes all humans under 12 bounce off walls.

I switched from Bickford's to Cascade Raspberry Syrup, but earlier this year it was discounted and discontinued at the local supermarkets and disappeared... I managed to snaffle a couple of big containers but the last one is under half full. sob.

of course we can make some, and I think I probably will just to see if I can and if it's worth doing, but in the meantime it'd be reassuring to know if anyone else can find either of these brands, or another genuinely scrummy syrup at a not too ridiculous price. both the brands advertised using Australian fruit, so I wonder if pricing themselves competitvely became too hard.

Posted by worldpeace and a speedboat at 10:35 pm No comments:

I know, I know; Rob talking about religion again, and not even _trying_ to be funny? Yawn. But this is an interesting article - by Mark Vernon at the Guardian, but heavily sourcing George Soros' ideas - in which he uses a little financial know-how to analyse the economy of belief. Doesn't come to any huge earth-shaking conclusions, but its an interesting twist on how to look at it, so I thought I'd pass it along.
Posted by anti ob at 12:13 pm No comments:

Do you think you own it all, now you have a back-to-front dressing gown Snuggie? 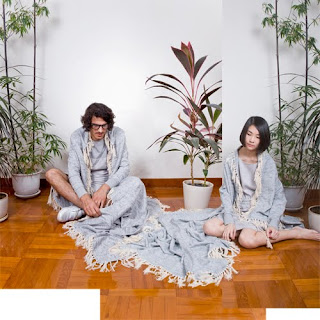 No more chilly picnics, no no no!
Posted by Destructomeg at 1:43 pm No comments:

For the tidy minded

Very possibly NSFW
Posted by spyder at 6:21 pm No comments: